Continuing to Develop the Collage Technique 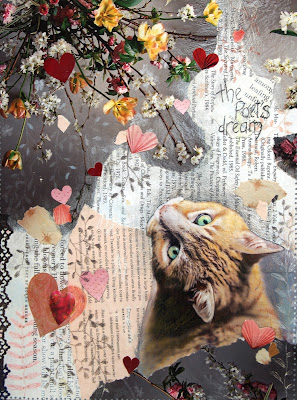 I've made two more collages, continuing to work with the method I'm developing that begins with copyright free photos.  I'm working on this method to teach a collage workshop with very simple accessible techniques.  But also, I'm enjoying making these as exercises in creativity.

This one with the cat I call "The Poet's Dream." 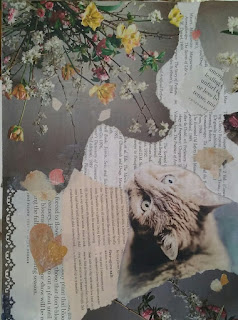 Here's a photo of what it looked like with only the collage phase done.  I almost gave up on it at this point.  The cat seemed to disappear and the edge between the gray and white parts was just too harsh.  I wasn't at all sure that I could solve these problems with just colored pencil and I didn't want to use any paint because that would make the technique more difficult for beginning students.

But I just kept working away at it and eventually it came together.  I used a couple of different techniques to soften the gray/white edges, all centered around darkening the white and lightening the gray.

The there was quite a bit of work to bring out the cat.  I added a bit more collage - all small bits - and in the end I think it works well.

I call this one "The Night of Magic."  I had the vision of adding all the swirls around the antlers from the beginning, but it took a bit of work to get to the place where I could add them. 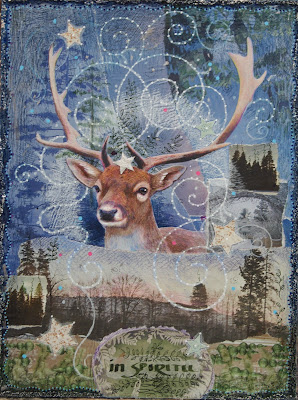 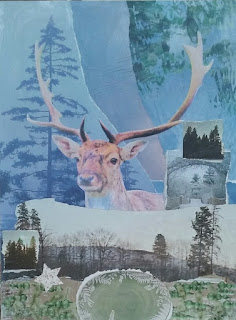 Here's what it looked like after the collage layer.  As you can see, there was a lot of colored pencil work, particularly darkening the sky and bringing out the deer.  It was all fun, but the best part was those swirls.  By the way, I really like how opaque the white pencil is.  I used Prismacolor.


Posted by Kaaren at 5:57 PM No comments:
Email ThisBlogThis!Share to TwitterShare to FacebookShare to Pinterest 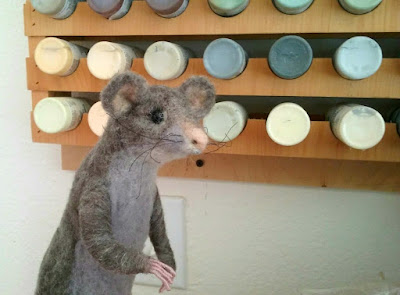 This week I began working on my next needle felting project - a pair of rats.  I think rats deserve respect, and I'm trying to help with that by portraying them as sweet as they really are!

My plan had been to make both of them at once, but I ran out of a critical piece, 22 gauge white cotton covered stem wire.  The only place I found them sold them in a batch of 240, so now I should have a lifetime supply.  I did have enough, though, to make one rat and I used them for the hands and feet trying out a new technique that I dreamed up and I think it worked out pretty well.

So meet Aurora, the first of the sisters.  Her little sister, whose name I have.  n't decided on yet, should be along some time this week since I now have all the supplies. 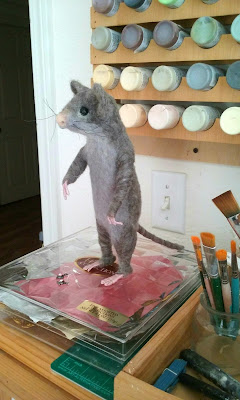 Here's little Aurora standing on a shelf in the studio.  She likes all the pretty colors of the paint jars hanging in the wall rack behind her.

My original thought was to costume the rats in Halloween costumes, but now I'm no longer completely sold on that plan.  Although it would be cute, the girls would be relegated to Halloween decorations.  I think I'd prefer a more year-round use.  So I'm thinking of fairy princesses or forest nymphs.

I'll make that decision once the other rat appears!

Posted by Kaaren at 4:24 PM No comments:
Email ThisBlogThis!Share to TwitterShare to FacebookShare to Pinterest

I would like to teach workshops on collage but the technique I usually use depends on drawing and painting.  Since so many people believe that they can't draw, I've been working on techniques that don't require drawing but do include nice animal images. 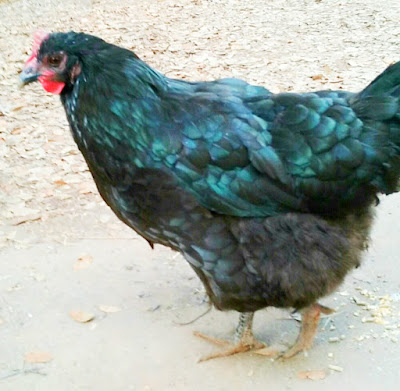 I decided to start with photographs, so I took a few photos of my chicken, Maisie, and my sister's dog, Sunny.  I loaded the photos onto my laptop then used an on-line free, minimal, but very useful version of Photoshop, www.photoshop.com/tools to lighten the exposure as much as possible and dramatically increase the saturation.  I printed the image on my ink jet printer then sprayed it with workable fixatif to set the ink and allow me to use it in collage. 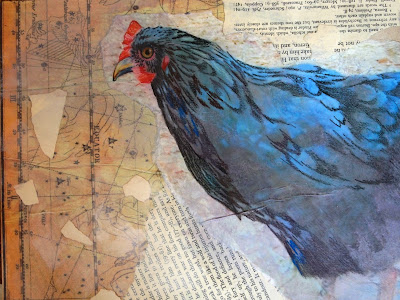 The first phase of the piece was constructing the collage background, including the image of Maisie that I ripped from the sheet I printed her on.  In this photo, I've also begun a bit of the colored pencil work. 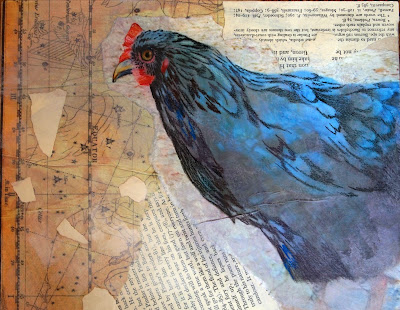 The longest part of the process was go build up Maisie's image with colored pencil.  I left the highly saturated parts of Maisie's plumage as it was from the manipulated photo for the highlights.  Most of my colored pencil work was on the darker parts of the plumage as well as the details of the face.  So, essentially what I did was to reduce the original photo to light saturated colors, then work back up with colored pencil to achieve something close to, but more dramatic and colorful than, the original photo as I snapped it. 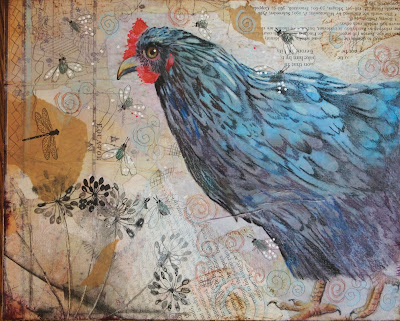 As always, for me, the most fun parts are towards the end when I add decorative elements.  So I drew in some bugs and added colored pencil motifs in the background. 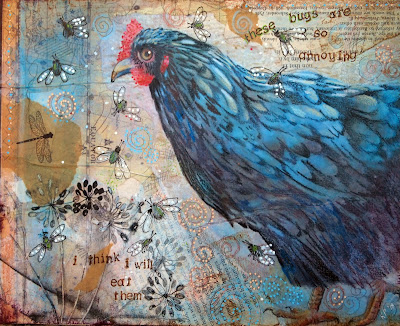 Then I continued until I probably had done too much.  Finally, I couldn't resist getting out my alphabet stamps and adding some text "these bugs are so annoying - I think I will eat them." 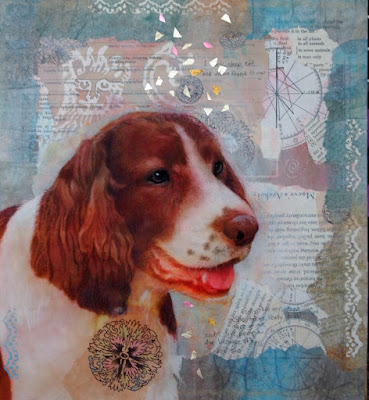 Here's the one I did of Sunny.

I think this technique would work for people who aren't comfortable with drawing or painting.  It just involves collage with paper bits and colored pencil work.