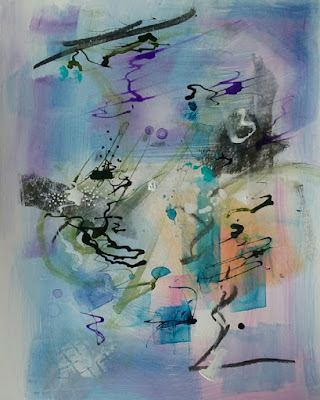 I am a great fan of Tracy Verdugo's.  I've never taken one of her classes and I don't really think her art is for me, but I love her style, enthusiasm, and warmth, and she's a dedicated and wonderful teacher.  I'm on her mailing list and when she offered a free series of 4 videos on abstract approaches, I jumped right in!

The first two videos were about different ways of creating contrast.  I determined to give it a try, as the exercise in contrast intrigued me and, of course, it's applicable to art other than abstracts. 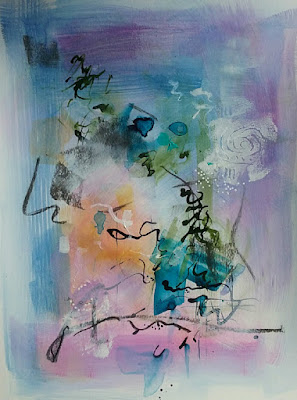 I decided to work on three at once, and thought that if they turned out I'd enter them as a "series of 3" in our art club's Small Works show this month.

It was scary, but there was only one thing to do - start!  And so I did, with charcoal, then acrylic inks.  The next day I did more.  Then the third day I took them with me to a working art group I attend once a week.  I really didn't know what to do next and my friend, Lucia, suggested that they might be done.  But that wouldn't do because I had three hours to do art and hadn't brought any other projects.  So I just continued, somehow... 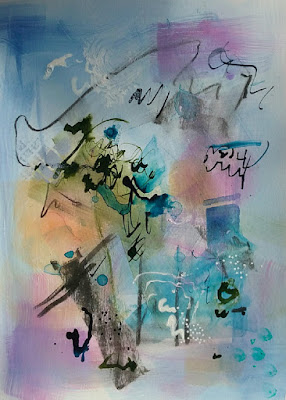 Although they're "done," I haven't decided yet how to crop them or how to frame or mount them.  I think they're pretty, but don't know if there's more to them than that.  They were fun to do, and my thanks go out to Tracy for her generosity in sharing her techniques.

Posted by Kaaren at 6:27 PM
Email ThisBlogThis!Share to TwitterShare to FacebookShare to Pinterest